Verdepiano Bed & Camping is located in one of the most fascinating places in Trentino, on the north shore of Lake Garda. A holiday in close contact with nature, where it is impossible to get bored. Biking, walking, climbing, sailing, art, castles and museums are just a few things that make the experience unique to Verdepiano Bed & Camping. 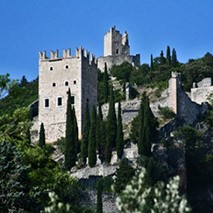 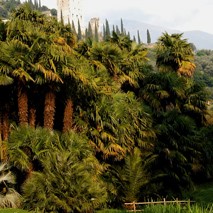 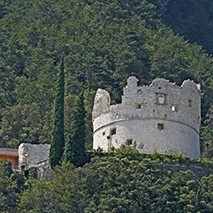 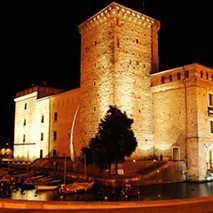 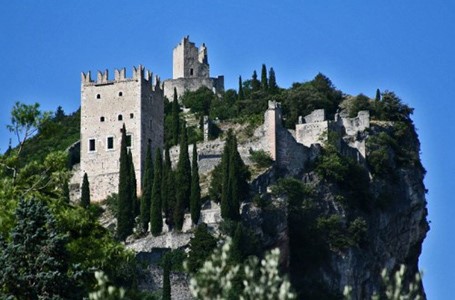 The Castle of Arco

The Castle of Arco, a fortress dating back to the eleventh century and later became the manor of the counts of Arco, is reached by going up the old village and the beautiful olive grove that characterizes the rocky outcrop on which it stands. Inside you can visit the prison of stone, the tower and several large rooms. The splendid profane frescoes of fourteenth century, depicting ladies intent to play chess, remains the main attraction of the manor. The Castle of Arco became an icon of the city itself, was reproduced in various codes and paintings, including the famous watercolor by Albrecht Dürer. 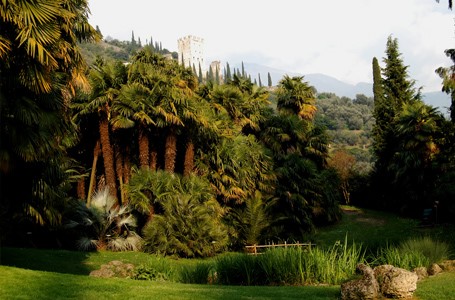 The Arciducale Park and the Arboretum were born from the will of Archiduke Albert of Augsburg who established his residence at Arco in 1872 by erecting the Villa Arciducale. The park preserves approx. 150 species of trees and shrubs from different geographical areas such as southern and central Europe, East Asia, the Americas and African regions. The project for the construction of the botanical garden was given in the sixties of the 20th century to Walter Larcher, professor of botany at the University of Innsbruck, and in 1993 became a branch of the Trento Museum of Natural Sciences in Trento. 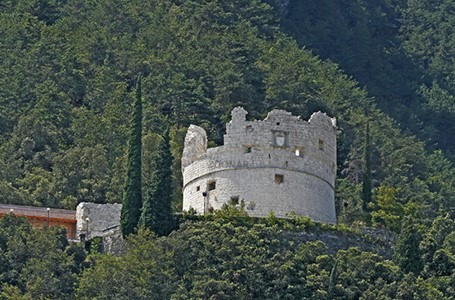 The Bastion of gray stone, located on the slopes of Mount Rocchetta, is one of the symbols of Riva del Garda. Built in the early sixteenth century to ensure greater safety to the village below, was destroyed in 1703 by French troops led by General Vendome which undermined the central body rendering it unusable. Currently can be reached easily with a road that goes through the vegetation until about two hundred meters, showing a unique glimpse of Lake Garda. 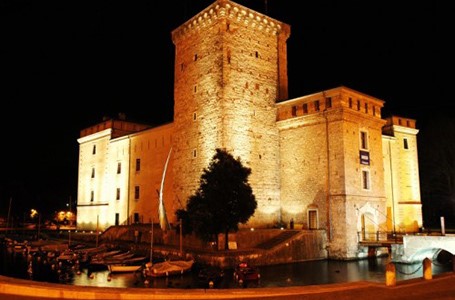 La Rocca, one of the buildings-symbol of the city of Riva del Garda, owes its origins to the bishop Altemanno that, in 1124, allowed the citizens of Riva to build a new fort on the lake shore. In the early sixteenth century became occasional residence of the Prince Bishops, while in mid-nineteenth century, was converted to the Austro-Hungarian barracks. The recent renovation has unearthed some original structures that made it suitable to house the museum. 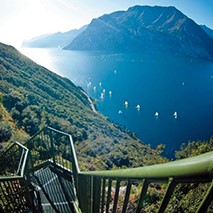 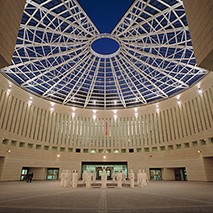 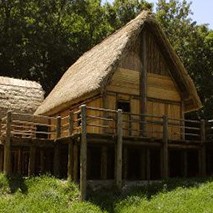 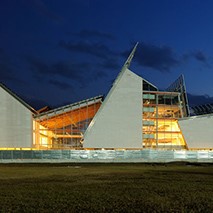 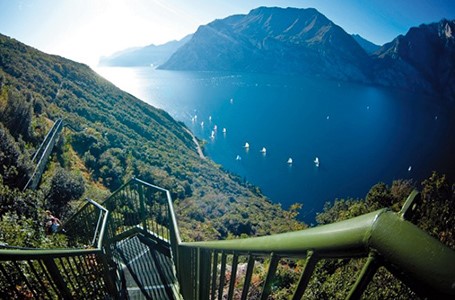 The beautiful nature trail to a balcony overlooking Lake Garda stretches for four km and a half, surpassing the ridges “Corno di Bo” and “Salt de la Cavra”, with flights of metal stairs that count 400 steps. From Busatte Park that overlooks the town of Torbole, you arrive in an hour and a half, until Tempesta, locations that at the times of the Austro-Hungarian marked the border with Italy. The path shows a variety of geological, floral, landscape overtime, making it feasible at all in extreme security. 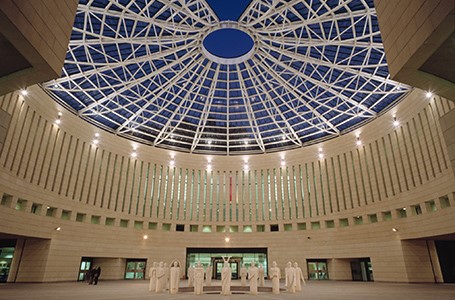 The Mart is one of the most interesting museums of the Italian scene. The building designed by Swiss architect Mario Botta, houses a collection of art very rich: from Futurism to Pop Art, through the Arte Povera and Realism, up to contemporary languages. Some of the more than 3,000 works by Fortunato Depero, donated by the city of Rovereto and today entrusted to the museum, are one of the most important parts of the heritage of the Mart. 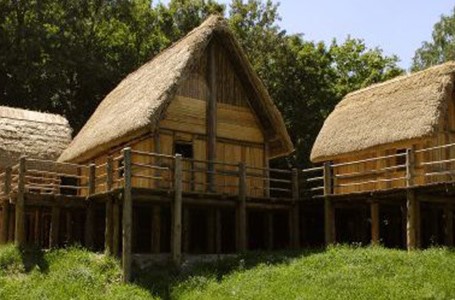 Prehistoric Pile Dwellings around the Alps Ledro-Fiavé as UNESCO heritage

The prehistoric pile-dwelling sites of Lake Garda, in the specific settlements Ledro and Fiavé, during 2011 have been included in the UNESCO heritage. The peculiarity of these settlements are the “piles” of the Bronze Age and a selection of artefacts found in the village. These settlements return an accurate picture of both daily life and costumes, appreciable through creative workshops for children. 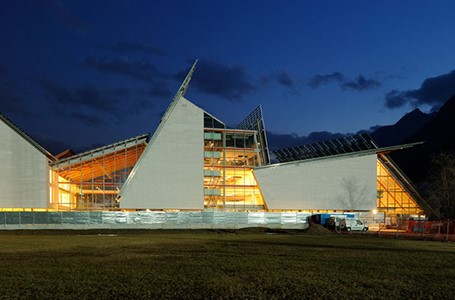 The Science Museum of Trento, MuSe, designed by Italian architect Renzo Piano, is designed so that the stories and characteristics of the environment shown are innovative, fun and scientifically correct. The range of Alpine biodiversity, fauna, flora, the birth of man and the universe are shown through creative workshops and interactive spaces in an area dedicated to children. A place where parents and children can discover the environment firsthand. 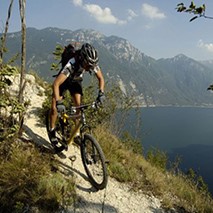 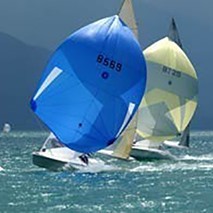 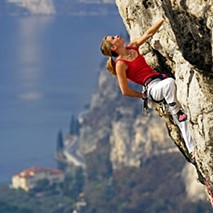 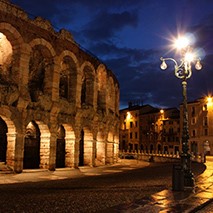 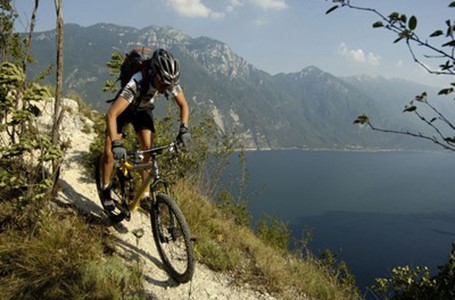 The beautiful trails for mountain biking, road bike paths, make the Alto Garda a unique place, where fun and exercise are combined in a natural backdrop of exception. The routes with different difficulty levels are appreciated by both beginners and especially by experts. 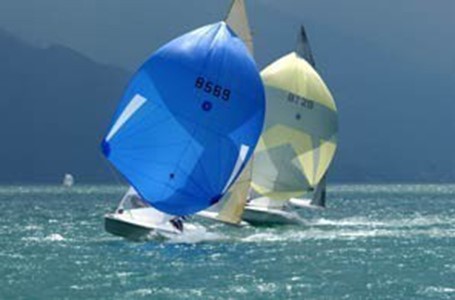 Lake Garda thanks to the winds that blow regular and waves never overly large, has made Riva del Garda and Torbole sul Garda the most famous places to “get off the wind.” The quality of services offered, schools, hiring and international regattas, allow both beginners and experts to fully enjoy the lake. 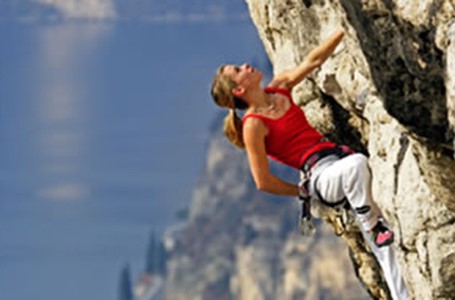 The climbing finds in Arco ideal natural and artificial gyms. Arco, become home of international climbing, hosts each year the Rock Master, the event that brings the great champions of climbing in Trentino. 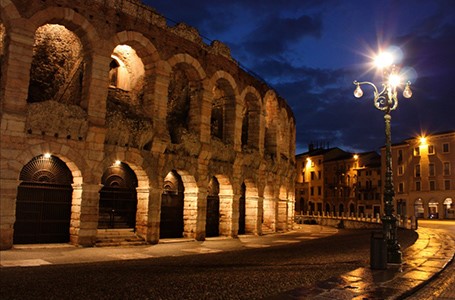 Nearby there are many interesting cities easy to reach; Trento, Bolzano, Verona, Padua, Venice, Brescia, Bergamo.

We use cookies to ensure that we give you the best experience on our website. If you continue to use this site we will assume that you are happy with it.OkRead more